Why the Gold Rush?

In today’s world, wrought with political and economic uncertainty, investors are rushing to gold.  It has its place.  But as with anything in life, understand its shortcomings.

Warren Buffet once commented in the Fortune magazine that investing is often described as forgoing consumption now in order to have the ability to consume more later.  Furthermore, that risk is the probability of losing one’s purchasing power over a specified holding period, not the variance (or volatility) of returns.  Assets can fluctuate greatly in price and not be risky as long as they are reasonably certain to deliver increased purchasing power over their holding period.  And as we will see, a non-fluctuating asset can be laden with risk.

This is where gold gleams as an asset in a category of investments that will never produce anything, but that is purchased in the buyer’s hope that someone else will pay more for them in the future. If we look at our world today, overwhelmed in the chaos of confusion, who would have thought that orange juice would have topped gold as the best performing commodity YTD as at end July this year.  This is due to the belief that oranges contained the vitamin C required to fight COVID-19.  Oranges have been in limited supply due to Brazil – being the main supplier of oranges – being in lockdown.  Also, oranges alone don’t last as long as its juice (due to preservatives, and dilution thereof).  For this reason, buyers around the globe stocked up on orange juice, driving up the price.  When there is a vaccine for COVID-19, and the world is restored by some sort of new order, we will see the price fall again.  The same will apply to gold. 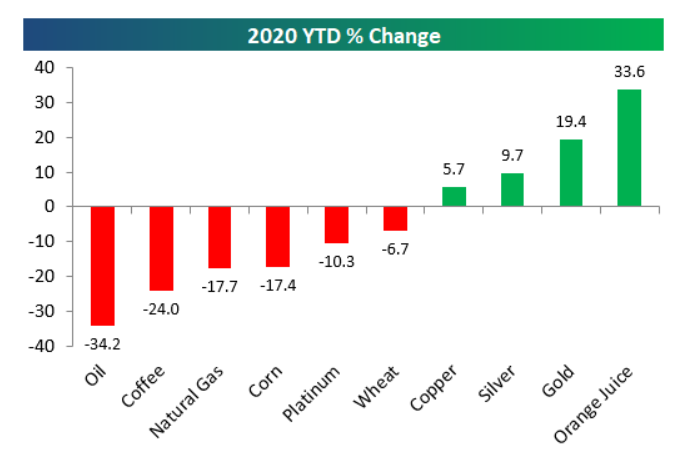 Buffet declares that gold requires an intensifying consortium of buyers, who, in turn, are enticed because they believe the buying pool will expand still further. Owners are not inspired by what the asset itself can produce — it will remain lifeless forever — but rather by the belief that others will desire it even more enthusiastically in the future.  However, the facts don’t lie. After inflation, gold is below the peak of 2011 and far below the peak of 1980. 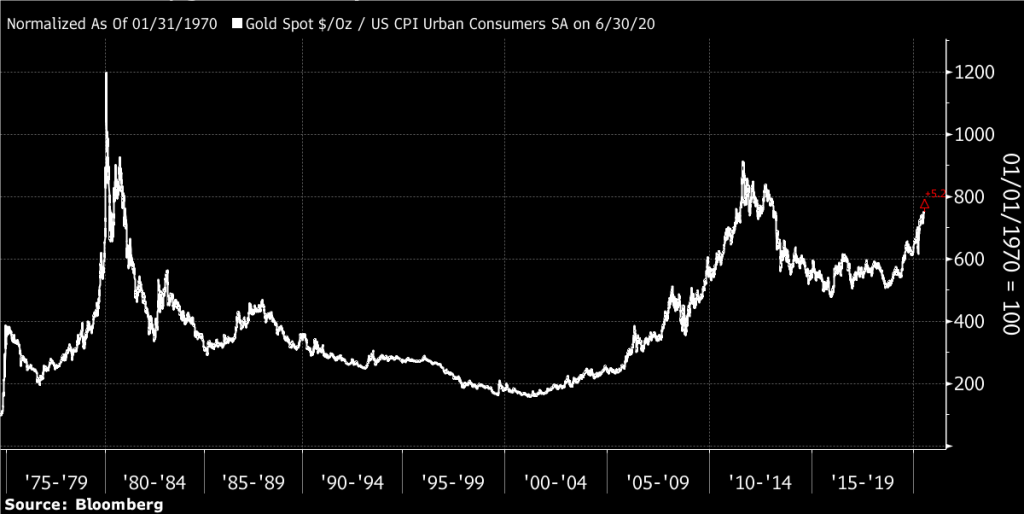 Investors who favour gold do so because they fear almost all other assets, for example, equities.  Investors buy gold because it protects against a doomsday scenario (for example, monetary policy failure); it’s a hedge against inflation; and it’s a safe-haven asset to protect against market downturns.  During these COVID-19 – ridden times, they want to believe in the perceived safety of the golden gift. Gold, however, has two significant shortcomings, being neither 1) of much use nor 2) procreative. True, gold has some industrial and decorative utility, but the demand for these purposes is both limited and incapable of soaking up new production. More importantly, if you own one ounce of gold for an eternity, you will still own one ounce at its end.  The power of compounding is not applicable to the precious metal we love to love. 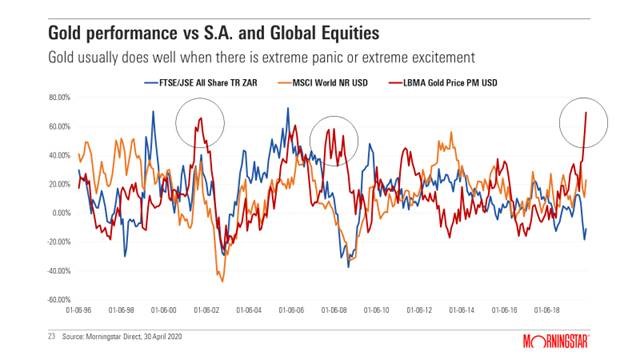 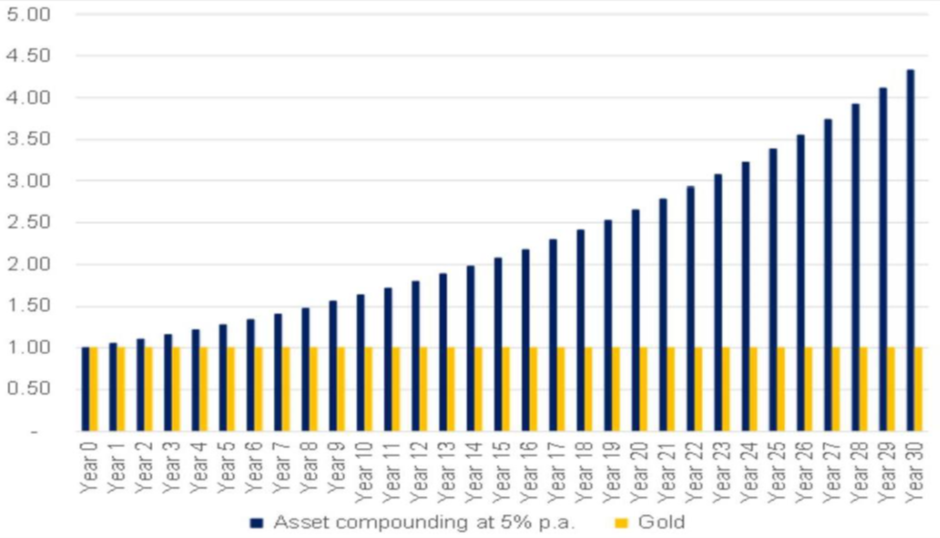 Whilst gold has its place, the opportunity cost of not being invested in the market over time, holding onto an asset of perceived safety, is huge. Furthermore, the entry point for gold at around $1 900 per ounce is dangerously high, having passed this landmark for only the second time. 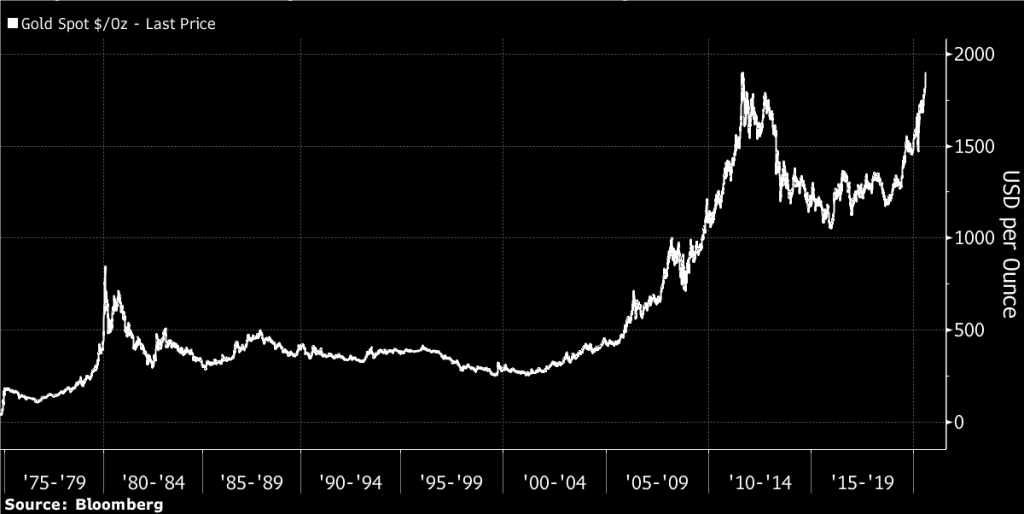 We need to open our minds and shift our perspectives to understand that volatility creates opportunity to buy in at lower prices; that markets will continue to be driven by sentiment, shifting up and down throughout our lifetimes; and that just because gold is a non-fluctuating asset, it is still loaded with risk.  Unit trusts, whilst not the most exciting of investments, offer diversification across asset classes and fund managers, optimally constructed to achieve compounded growth over time.  Sometimes, boring is best.  Sometimes, perception deceives us.  And sometimes, we need to understand what we don’t know, before acting on emotion.