Change is the Only Constant

Change is the only constant in this world. Just like seasons, the world, life, and people change too! Brian Faulkner once said “Life is like a book. There are good chapters and bad chapters. But when you get to a bad chapter, you do not stop reading the book. If you do, you will never know what happens next.” A lot of people tend to close the book when they get to the bad part of the story, but this is the exact time when you need to push through. When times get tough, we give up too easily. Often people throw in the towel, but that’s not how life works, we cannot get what we want all the time, we need to look up, carry on and get to the next great chapter in the book of life!

These words are so relevant now, as both the world and our personal lives are changing due to the impact of the Coronavirus. We need to open our minds and embrace change, accept the new dawn, and allow yourself to learn the new world. The Covid – 19 pandemic has pushed the world forward especially when it comes to technology and forced even the most ardent “can’t teach an old dog new tricks” protagonists to jump on board (me included). ZOOM, Skype, Microsoft Teams which were typically used for separated family members enabling them to connect face-to-face has overnight become the norm for the world at large to carry out daily business operations.

The 3 cornerstones to a happy fulfilled retirement are health, wealth, and relationships. The major changes investors are experiencing now relate to two of these cornerstones, i.e. health and wealth. People spend their health (youth) creating wealth, then spend their wealth maintaining their health (retirement). This paradox seems more relevant now given the health crisis the world is facing as the Covid pandemic rolls across the globe. On both the health and wealth fronts many people are having to relook at how they behave and take stock of their lives. As you cannot take your health for granted you also cannot take wealth for granted, you need to constantly work at it. Many people across the globe have had to face the rude awakening of proper personal financial planning. One cannot simply live from one pay cheque, one holiday, one unnecessary luxury purchase to the next. Like relationships your health and wealth also need constant maintenance. Hopefully, valuable lessons are learnt through this and people and the world over learn valuable lessons borne out of this pandemic.

On Sunday night 24th May President Ramaphosa “fortunately” once again delivered… he took charge of the crisis and showed the authoritarians in his cabinet that he is still the boss. He delivered a strong speech and gave the nation direction and clarity (and once again hope) of the governments approach to the economic roll out after a couple of turbulent weeks. From the 1st June SA will move down to Stage 3, which will see most industries and businesses re-open. Spare a thought for those businesses who are still in lockdown and let us all support our local businesses where we can. 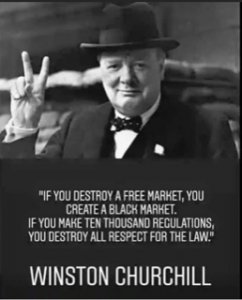 Millions of words and trillions of pixels have been published on Covid-19. I cannot possibly add value to that, so in this note we will focus on other things crowded out by the virus.

South Africa exited the World Government Bond Index at the end of April, after having finally been downgraded in March. The rand deteriorated from about R15,50/$ to lows of R18,50/$ and the 10-year yield seems to have stabilised at around 9% after spiking above 13% in late March. How much of this is due to the downgrade and how much is influenced by international developments relating to Covid-19, is difficult to say.

Fact is, the country endured both a credit ratings downgrade and a Covid-19 attack and has not been forced to go to the International Monetary Fund (IMF) for the typical conditional loan. South Africa is indeed approaching the IMF, but that is for Covid-19 financing, which is different from the normal structural adjustment loans.

South Africa’s floating exchange rates, and deep and highly liquid financial markets have once again proven their value. The country can finance its current needs from the capital market and is not in the liquidity crunch it faced with the debt-standstill in 1985. We will see how the capital markets react to the new budget on 24 June, but so far so good. The ‘good’ will of course only remain if a road back to fiscal sustainability is also mapped out.

Almost simultaneously it was alleged that a ‘secret’ NEC meeting of the ANC had been held where President Ramaphosa was said to have been recalled, to be replaced by Nkosazana Dlamini-Zuma. No such meeting was ever held, and it is shocking that it was even peddled as truth.

The narrative that the President’s position was precarious, went further into overdrive on social medial when the Secretary General of the ANC, Ace Magashule explicitly said on 6 April that South Africa should not approach the IMF. However, notwithstanding the comments by the ANC’s Secretary General, government engaged with the IMF (as well as with the New Development Bank, formerly known as the BRICS Development Bank, and the World Bank) by the end of April.

April also saw two opinion polls that registered strong support for government action and by implication for President Ramaphosa. An Ipsos poll in the third week of April found that 84% of respondents supported the total lockdown. The sample included people working full-time and part-time, those not working, and the unemployed. Across all groups support was over 80%.

A second poll conducted by the Human Sciences Research Council (HSRC) and the University of Johannesburg found that more than 80% of South Africans expressed trust in President Ramaphosa’s handling of the Covid-19 crisis. This poll was different in that it was done in three waves from 13 April until 4 May. Support remained stable above 80% across all three rounds of polling. Interestingly, the last round happened during the media storm that arose after the cigarette ‘brouhaha’. The HSRC poll makes one wonder about social media and the real world. Trust in the police and the defence force was substantially lower at around 50%.

President Ramaphosa was elected by the ANC 29 months ago by a margin of 52% to 48%. His position now is certainly much stronger than that. We can argue whether it sits at 80/20 or 70/30, but fact is it is stronger than 52/48. He remains more popular among the public than the party itself. An opinion poll in February 2020 found that 62% of South Africans thought he was doing a good job while 55% supported the ANC. No political party will dump a leader who will help them at the polls.

Over the same 29 months, all Ramaphosa’s opponents have weakened. Ex-president Zuma is a shadow of his former political self; Magashule has been completely sidelined by the Covid-19 crisis, and on Friday the often-maligned Public Protector found that serious shenanigans were committed while Magashule was Premier of the Free State. Dlamini-Zuma has endeared herself to no one in her press briefings and the President had to protect her in the cigarette debacle, while Lindiwe Sisulu is still trying to prove that she is a good Minister of Human Settlements, Water and Sanitation. The narrative that Ramaphosa is on his way out is based on over-interpretation and under-analysis.

Of course, a week in politics is a long time, and poll numbers do change. In February 1992 George W.H. Bush scored 92% in approval ratings and nine months later in November he lost the election to young Bill Clinton. Caution is in order; fake news not.

Looking back to look forward

Winston Churchill famously quipped, ‘The farther back you can look, the farther forward you are likely to see’. Let’s focus for a moment not on what should happen in the political-economic arena, but rather on what has happened since the budget. It tells us something about where we are heading.

In February, the budget proposed a clampdown on public sector wages, with only a 1,5% increase pencilled in for the year. The new salary-year started in April. No increases were paid to civil servants. This decision may well be challenged in court and the judges could decide otherwise, but it indicates where the government stands.

In April, government announced a 7,5% fiscal stimulus package (R500 billion) to partly offset an expected 10% contraction in the economy. Many people are still under the impression that the taxpayer will have to fork out the R500 billion. That is not the case (see our previous note). The package was cleverly constructed so that only about R90 billion will be borrowed for the taxpayer’s account. The package speaks of innovation and prudence. In fact, the government is being lambasted from the left for being too conservative and not doing more.

In May, Energy Minister Gwede Mantashe released draft regulations to allow municipalities to generate or procure electricity independently of Eskom. Eskom CEO André de Ruyter has also met the deadline to establish separate boards and management teams for the three entities that Eskom is about to be broken into. The wheels are turning on matters pertaining to electricity. As we discussed in our notes in October and December, the time of a state-owned power monopoly is coming to an end. Some would argue it is not happening quickly enough, but nevertheless, a significant structural change is happening after more than half a century.

It is worthwhile noting that all these actions follow earlier policy directives by the President. The narrative that he cannot get his policies implemented is not backed up by empirical evidence – another example of over-interpretation and under-analysis.

The one exception to these rational decisions is the ongoing saga at SAA. Long before Covid-19, in the three years to March 2019, the airline lost almost R16 billion – R102 million a week or R14,5 million per day, every day, for three years. Since 2003, SAA received a total of R40 billion in assistance. It is shocking that so much money has been poured into something that is not a public good (others can provide the service as well). If Minister Gordhan wants to put more taxpayers’ money into a SAA phoenix, there is sure to be stiff resistance. It also raises ethical and public policy questions – is that really the priority in a country where people are queuing for food? Should assistance not be provided to other South African airlines that ran profitably before they were grounded by Covid-19?