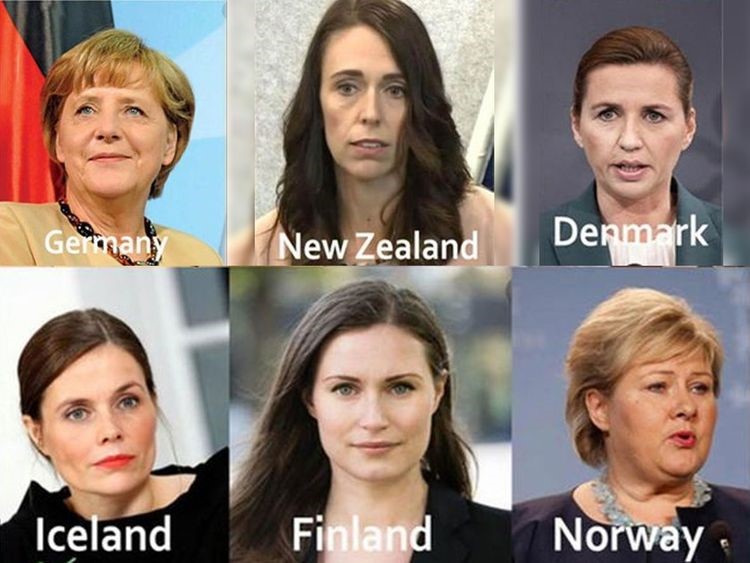 In the aftershock of the 2008 financial crisis, it was suggested that banks led by a higher proportion of women, as well as countries that appreciated a higher representation of women in leadership, particularly in the financial sector, endured less trauma from the global economic crisis.  Not unexpectedly, this encouraged calls for a more balanced gender ratio in leadership, and at least in Europe, governance changes post 2008 increased female board representation in big banks from 15% to 33%.  Most notably, Christine Lagarde, then head of the IMF, stated that “If Lehman Brothers had been Lehman Sisters, today’s economic crisis clearly would look quite different.”.

With much of the world still stunned & dumbfounded by the callous Covid19 pandemic and insufficient data to identify meaningful trends, let alone make confident predictions, it is without doubt too soon to test whether a similar logic may apply to the current crisis.  However, only around 10% of countries in the world are led by women (who preside over just 4% of the global population), so it would be a challenge to report any robust data pertaining gender differences in leadership performance: as heads of state, women are statistical anomalies, almost Black Swan events.

So far, if we look at the burgeoning trends emerging from how different countries appear to be confronting the Covid19 pandemic, women do appear to be doing a relatively good job.  For example, Angela Merkel, the Chancellor of Germany took the bug seriously and the country began testing immediately.  Germany has overseen the largest-scale coronavirus testing program in Europe, conducting 350,000 tests each week, detecting the virus promptly enough to isolate and treat patients effectively.  The country’s numbers are far below its European neighbours and they are already starting to lift restrictions.

News reports reveal how New Zealand’s prime minister Jacinda Arden took early action to shut down tourism and impose a month-long lockdown on the entire nation, limiting coronavirus casualties to very low double-digit deaths.  Iceland, under the leadership of Prime Minister Katrín Jakobsdóttir, is offering free coronavirus testing to all its citizens.  Most countries have limited testing to people with active symptoms.  Iceland is going beyond that.  In proportion to its population the country has already screened five times as many people as South Korea has, and instituted a thorough tracking system that means they haven’t had to lockdown… or shut schools.  This is one of the many luxuries of the first world.

Whilst the above trends signal a strong gender difference, it would still be insufficient to assume clear causality, for several reasons:

Nonetheless, according to an analysis of thousands of 360-degree reviews published on Harvard Business Review last year, women outscored men on 17 of the 19 capabilities that differentiate excellent leaders from average or poor ones.

Still, women make up less than 10 percent of world leaders.  Why?  It is strongly believed that women leaders must do twice as well as their male counterparts, to be taken seriously as leaders, and are held to higher standards.

Focussing on a specific range of decision-making tendencies or cognitive biases, such as reckless risk-taking, overconfidence, and hubris (all of which generally abound more in men than women), it is intuitive to see the logic for reducing risk by increasing the number of women in charge.

Perhaps more exceptionally, we have known for many decades that there are consistent and significant gender differences in health-related behaviours, which overwhelmingly favour women.  Compared to men, women are not just at lower risk of Covid19, but of other mainstream health problems and illnesses, and their lower risk appetite, lower reckless impulsivity and higher conscientiousness, explain why women everywhere tend to outlive men, and why they are generally better able to manage their health than men are.  In that sense, women can feel satisfied that they don’t necessarily need to be led by women if they wish to outperform the average man when it comes to health matters, including staying safe during pandemics.  For the same reasons, one would expect female leadership to be particularly beneficial for their male counterparts.

Personally, I am an advocate of the qualities of the feminist psychological notion – this is not necessarily dependent on the biological gender – which exudes compassion, altruism and a strong sense of humanity, where ego and pride are unwelcome guests.  Whilst there are some brilliant men excelling in their roles in leading the nation and who have my greatest respect, those who display this feminist psychological notion are more likely to lean into their vulnerability and courageously lead with their hearts.

In this respect, I encourage you all to practise such behaviour when it comes to your investments.  Afterall, as investment guru Warren Buffet says, “The stock market is a device for transferring money from the impatient to the patient”.  Trust the process.  Know that markets will sing their song.  And remember that it is about time in the markets as opposed to timing the markets. 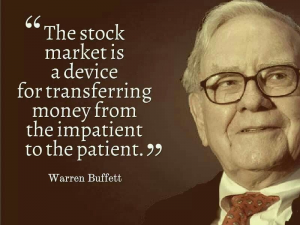